By Rasa Pelham on October 9, 2015 in Autumn, English, Preserves, Recipes 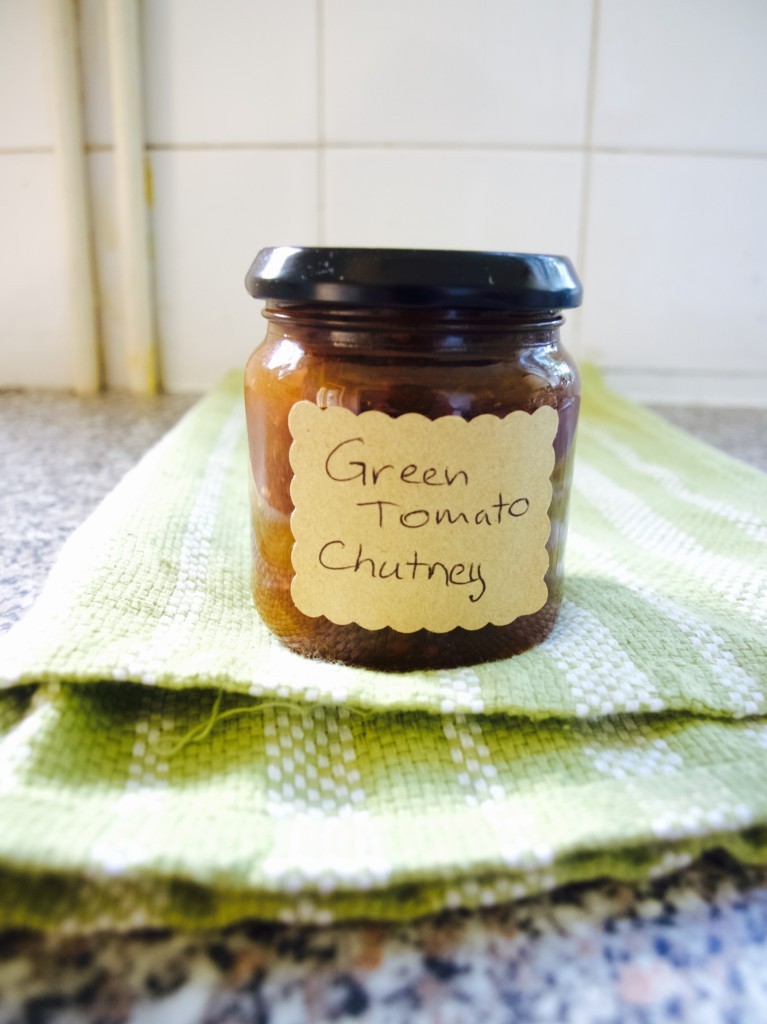 I wanted to make green tomato chutney since I heard about it from my mum-in-law. What a great idea! I often failed to get my tomatoes ripe enough before autumn and they used to rot instead of being eaten. I so wish I knew I could use them!

Now my mum-in-law was staying over this week as Joni went away to Dublin. It was a great opportunity to make some green tomato chutney (especially when we had some green tomatoes in hand!). Joni’s mum pretty much made the chutney while i took few pics in between. She followed this recipe that she swears by (apparently the chutney using this recipe always turns out perfect). I forgot the title of that book, but will let you know once I get it. 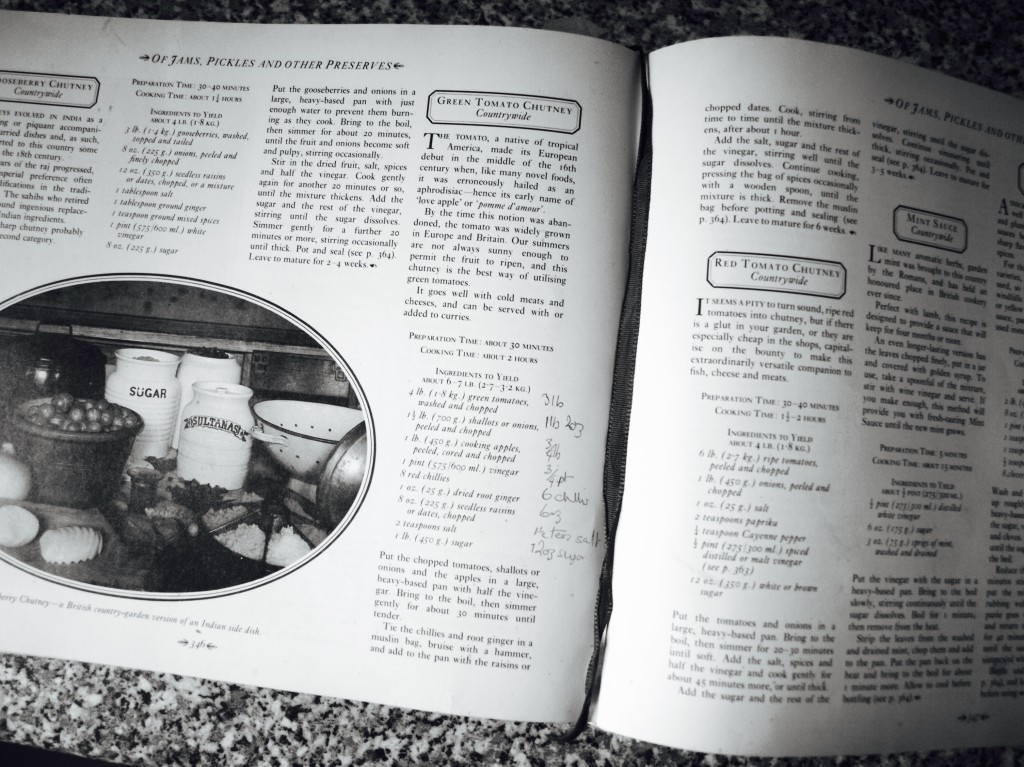 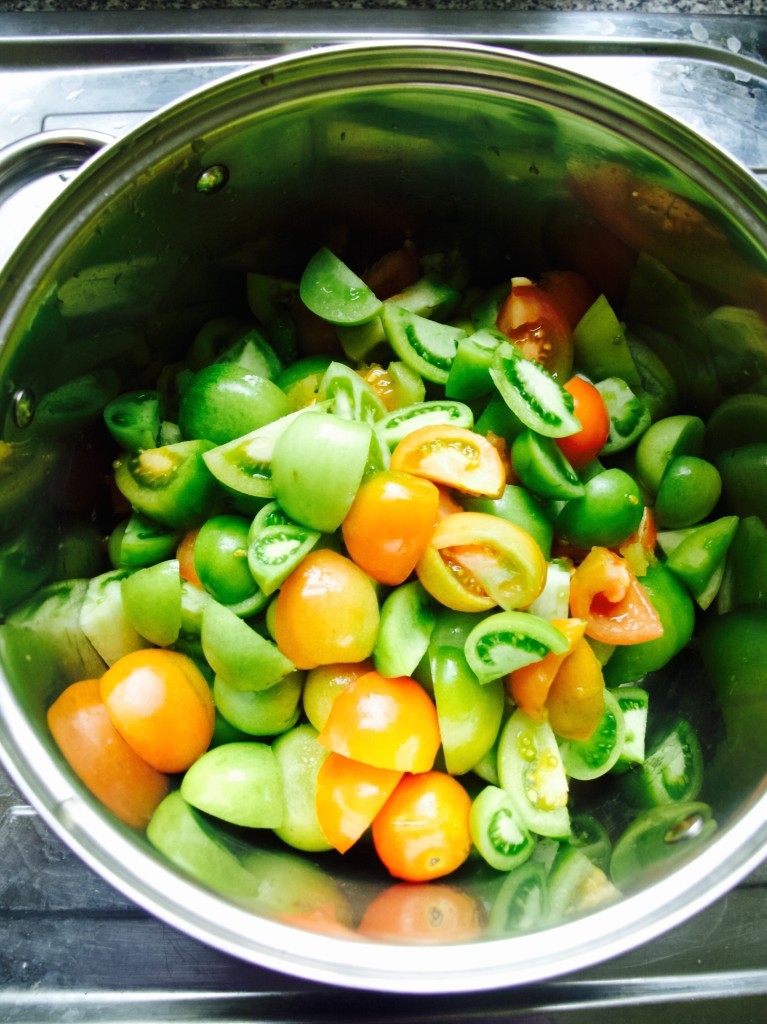 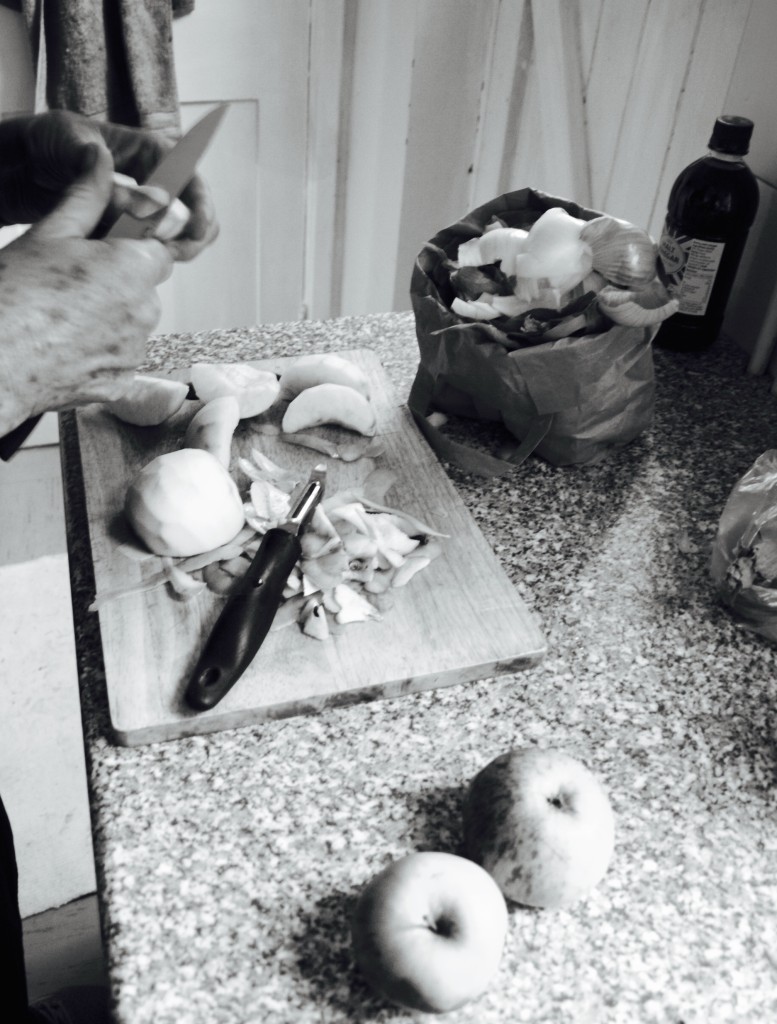 1. Put the chopped tomatoes, onions and the apples in a large pan with half the vinegar. Bring to boil, then simmer for about 30min.

2. Add the chillies and root ginger into the pan, make sure you count them as you will need to fish them out later.

3. Add the raisins and cook, stirring from time to time until the mixture thickens, after about 1 hour.

4. Add the salt, sugar and the rest of the vinegar, stirring well till sugar dissolves. Continue cooking until the chutney thickens again.

5. Remove the chillies and ginger from the pot before potting and sealing (see how by clicking here). Leave to mature for 6 weeks. 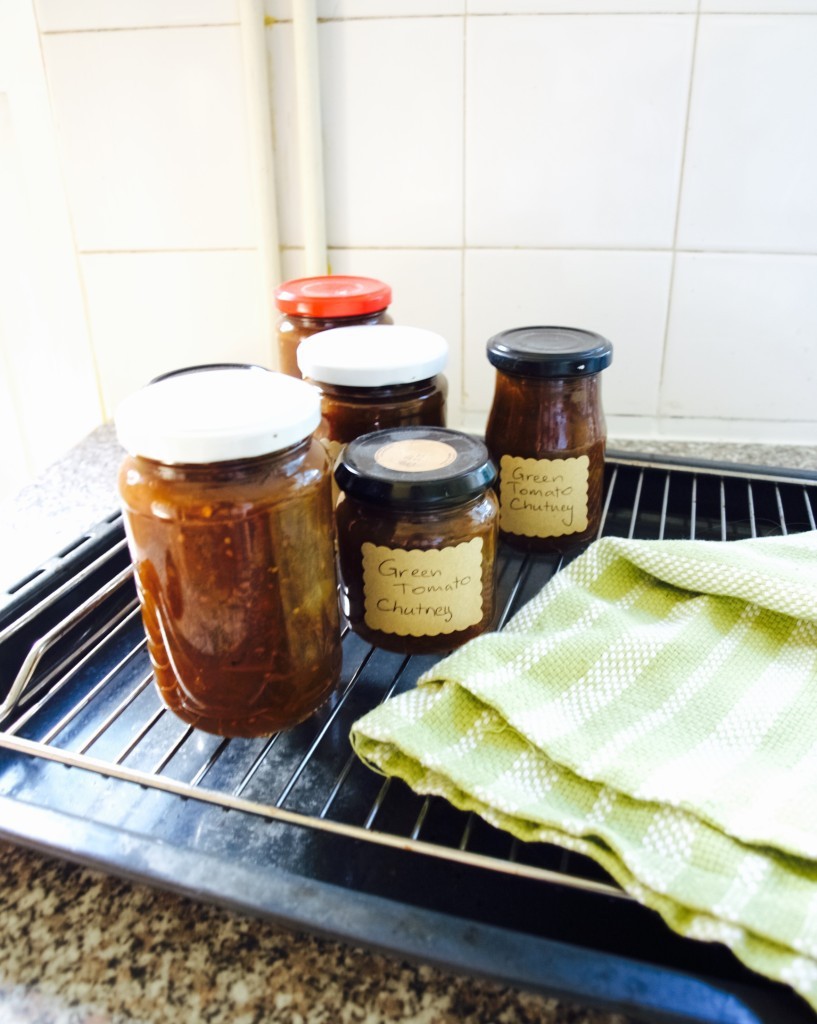 September favourites
A year with books: “The Undomestic Goddess” Review