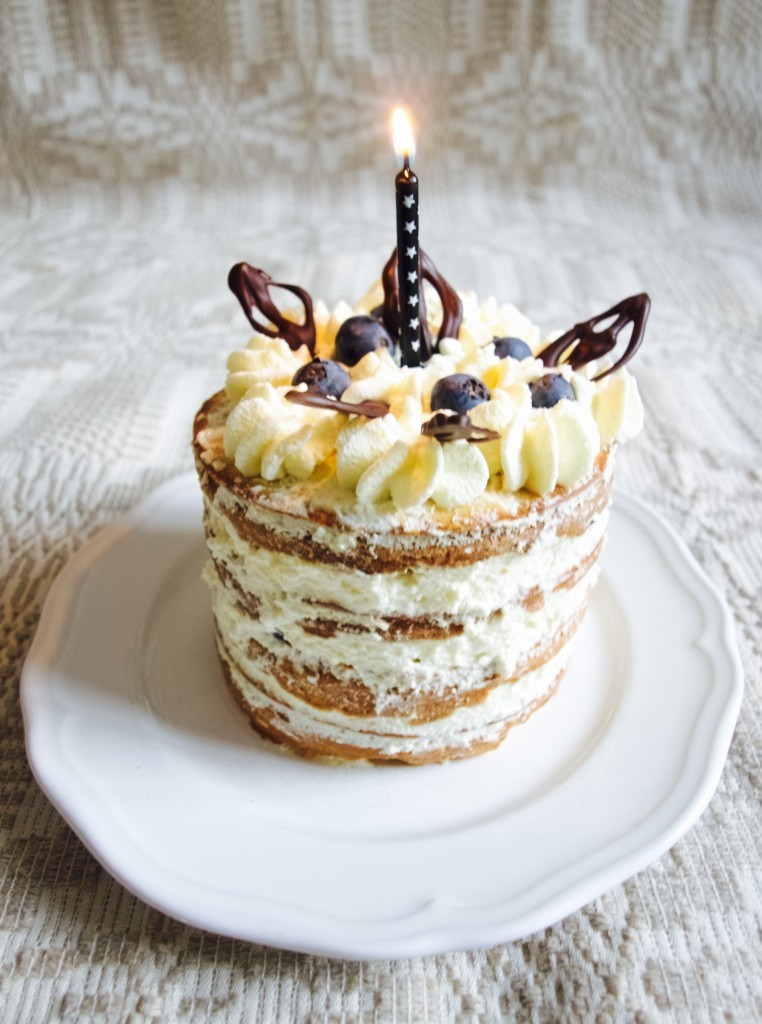 I don’t know if you heard of a term “cake smash” (I am sure if you google it it would give you plenty of examples), but I wanted to try it on Lukas real bad! I thought it would be sooooo much fun for both of us, because I believe Lukas enjoys making mess :D. 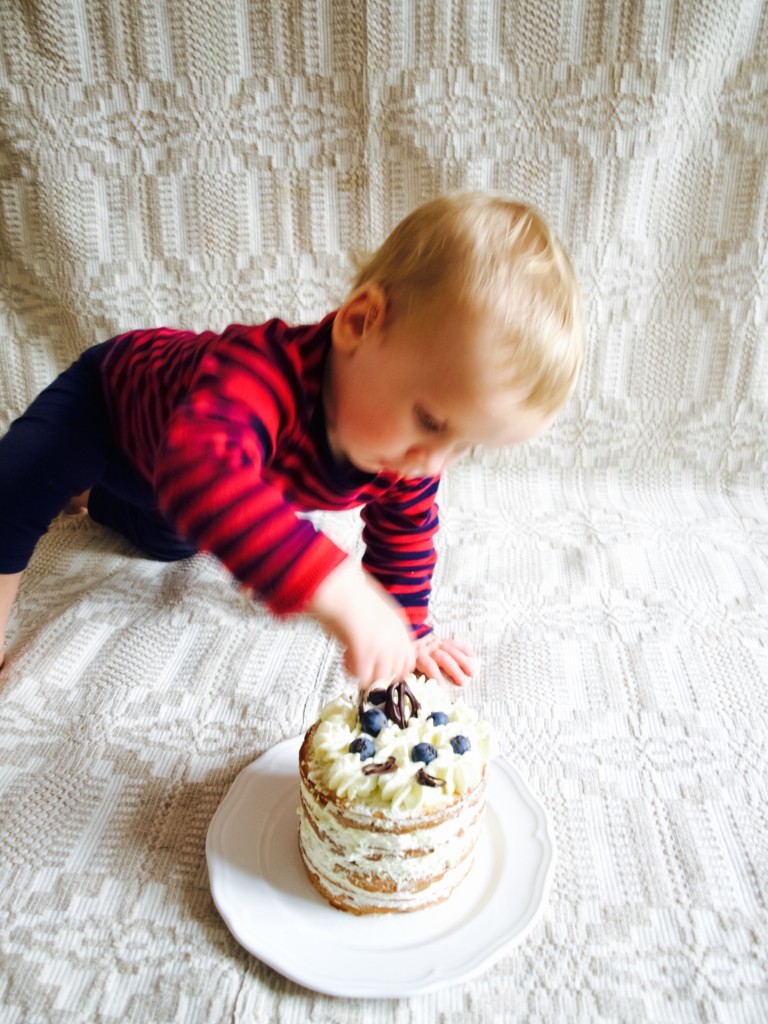 So Lukas birthday comes up (I can’t believe he is now 1 year old!) and I finally come up with a plan of how its going to work. I found a few baby friendly recipes to combine (sugar free of course!) for the cake, which I was very pleased with in the end. I worked out where we were going to do this messy act (in the sitting room on the floor covered with the blanket). I chose an outfit (very important!), although I did not put too much thought in to that as it just had to be something simple. I also read a few tips on how to do such a photo shoot, they all suggested make it relaxing (not rushed) and make sure the baby is in good mood (fed and napped). 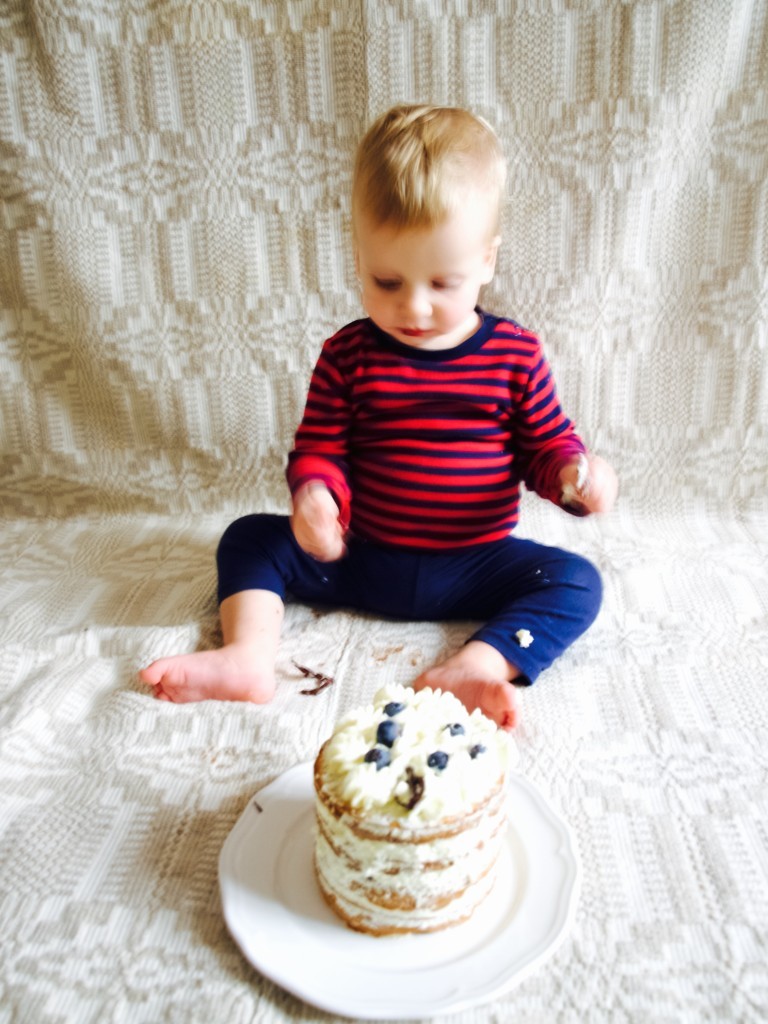 The result? Not quite what I expected! I failed on napping Lukas well that day, so I had to bake and decorate the cake while he was awake. I was rushed and definitely not relaxed. I finished the cake very late and was worried about the lighting (oh those early autumn evenings!). As I have mentioned in other photography post in the past, when there is poor light you need to compromise with a slower shutter speed which means I had to hold camera steady to avoid blur. But try telling a one year old to stay still, so I ended up with many blurry pics (which is ok I guess as it captures the movement). On top of everything Lukas did not destroy the cake, but picked out the decorations and sampled them. If you are interested, here is a video that Joni took during photoshoot. 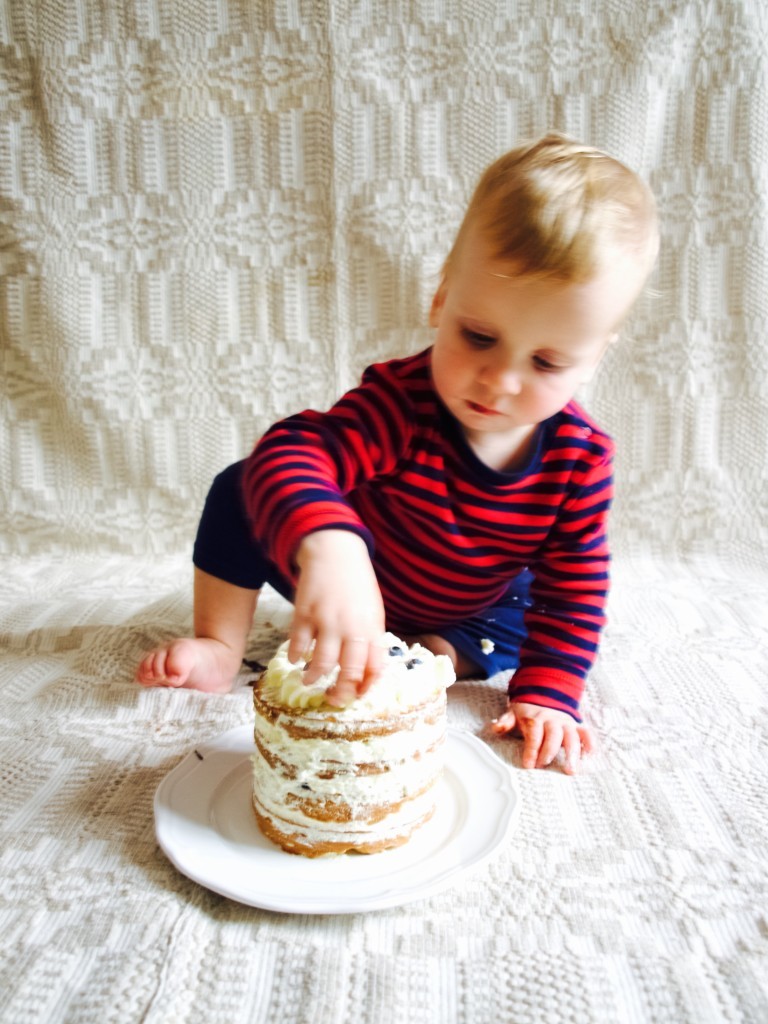 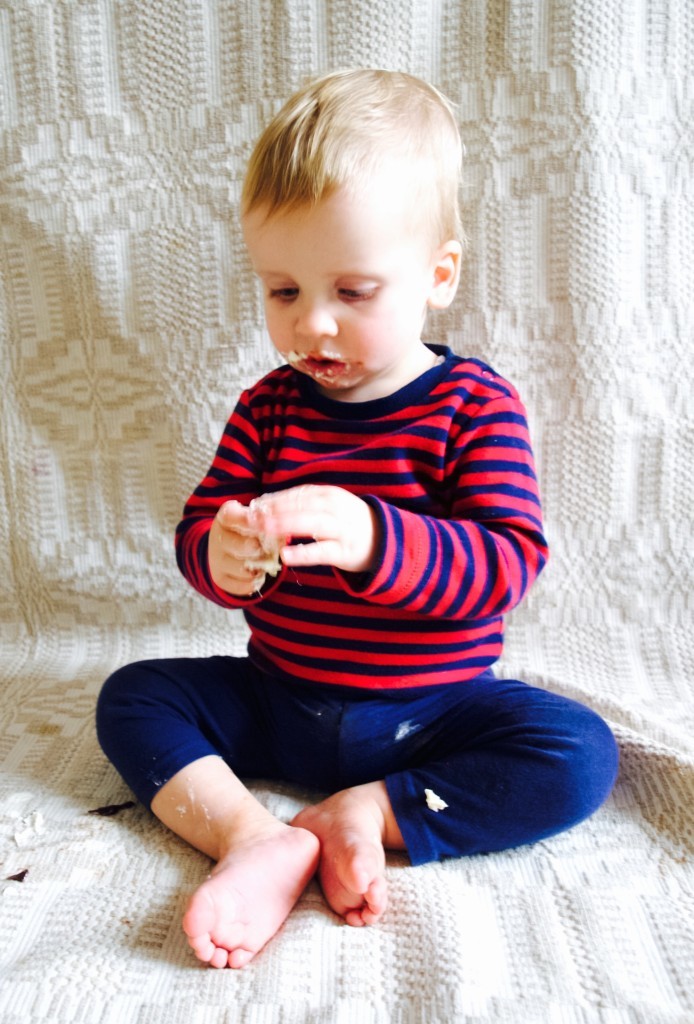 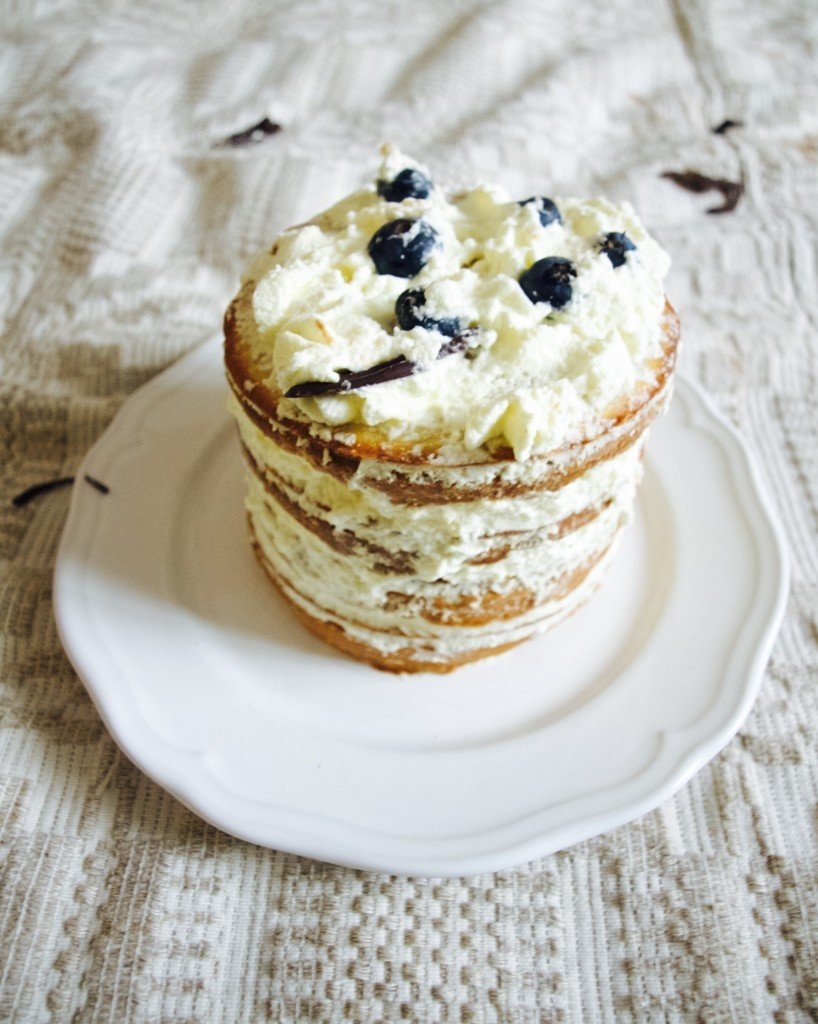 So my advice if you want to take cake smash photos is to first relax, and pick a day that is completely activity free. Pre-make the cake perhaps? Take picture after babies first nap or something. And most importantly, enjoy!