By Rasa Pelham on November 7, 2014 in Autumn, Lunch or Dinner 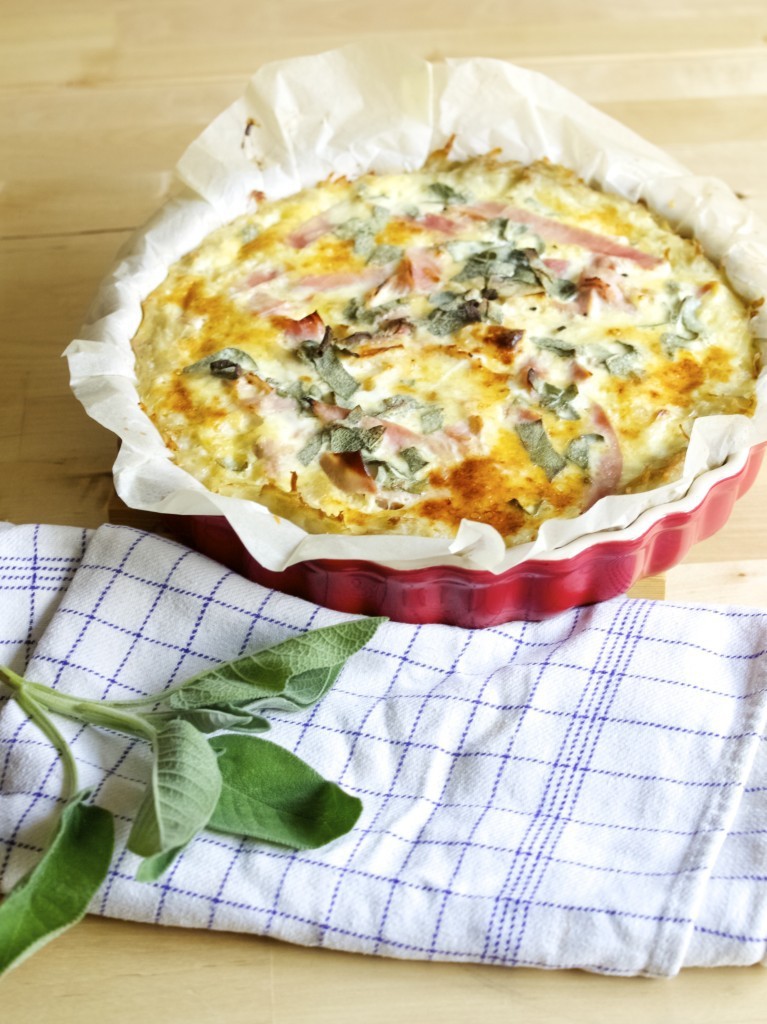 This time I took a double challenge. I practically combined two recipes from Pinterest! I loved the flavour match in this quiche, but I did not want all that dough at our dinner table, so I have decided to seek for alternative. I once baked this quiche that had hash-brown crust. I loved the idea of making quiche gluten free by adding extra vegetables. It’s like the pizza I made once with courgette crust! 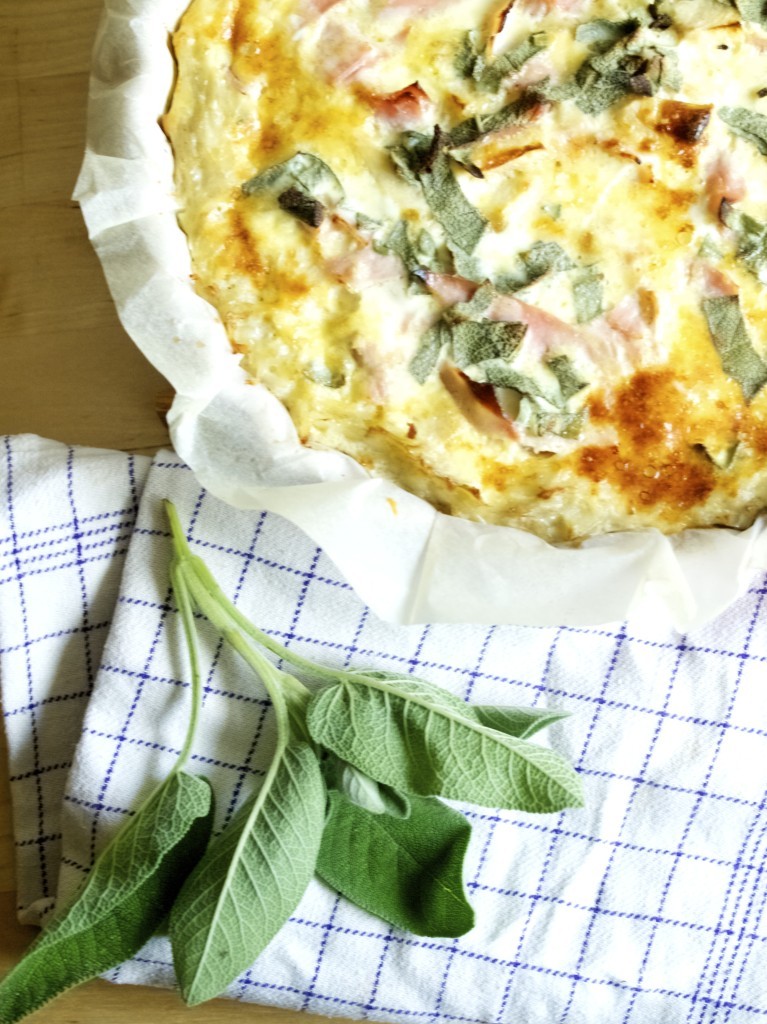 It turned out well (luckily!) and we did end up having a nice dinner! The only thing I can say about the hash-brown crust is that it does not go with all quiche fillings out there. I thought apple and cheddar filling was just ok with that kind of crust, but if you made it let’s say with pears or something than this would be totally wrong. But then again, it’s up to you! You may have completely different taste to me ;-). Joni did not like apples in the quiche as much as I did, so there we are… everybody have a different taste!

(for the crust, adopted from Martha Steward

(for the filling, adopted from Bob Vivant)

1. Line a pie dish (or any other baking tin) and grease the baking paper as well.

2. Combine grated potatoes with butter and egg, and press the mixture into lined baking dish. No need to blind bake, yey! 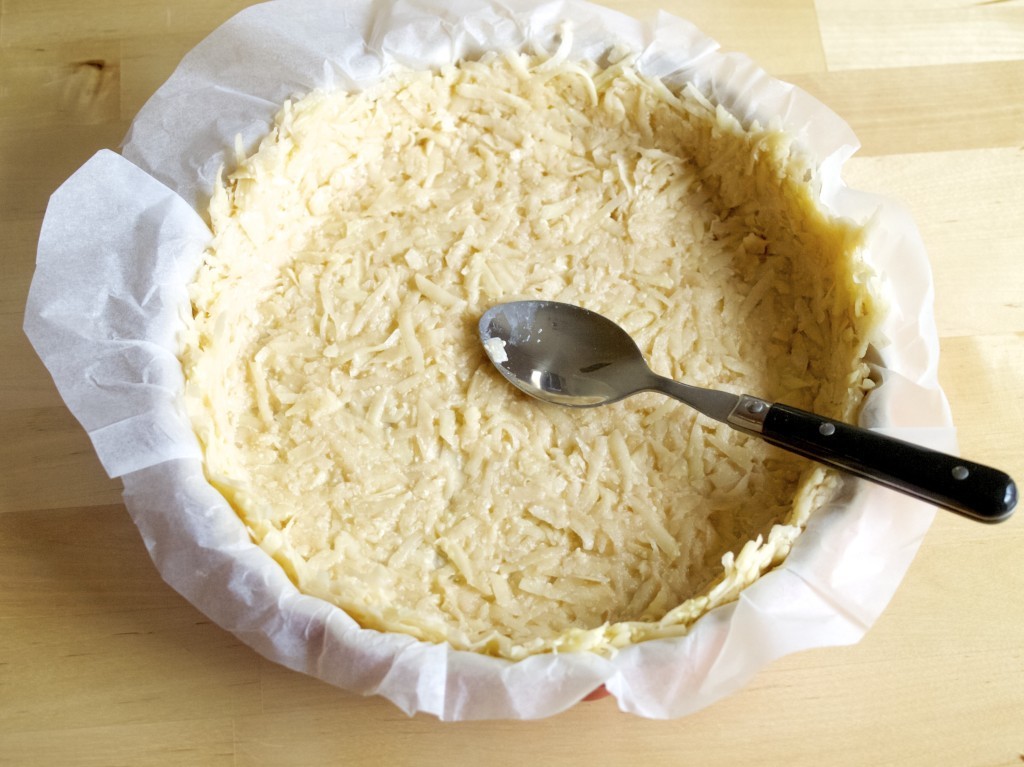 2. Fry the onions and apple in butter for few minutes, than add it together with cinamon and cheese into baking dish on top of the hash-brown mixture

3. Lightly whisk the eggs together with sour cream, milk, salt and chopped sage. 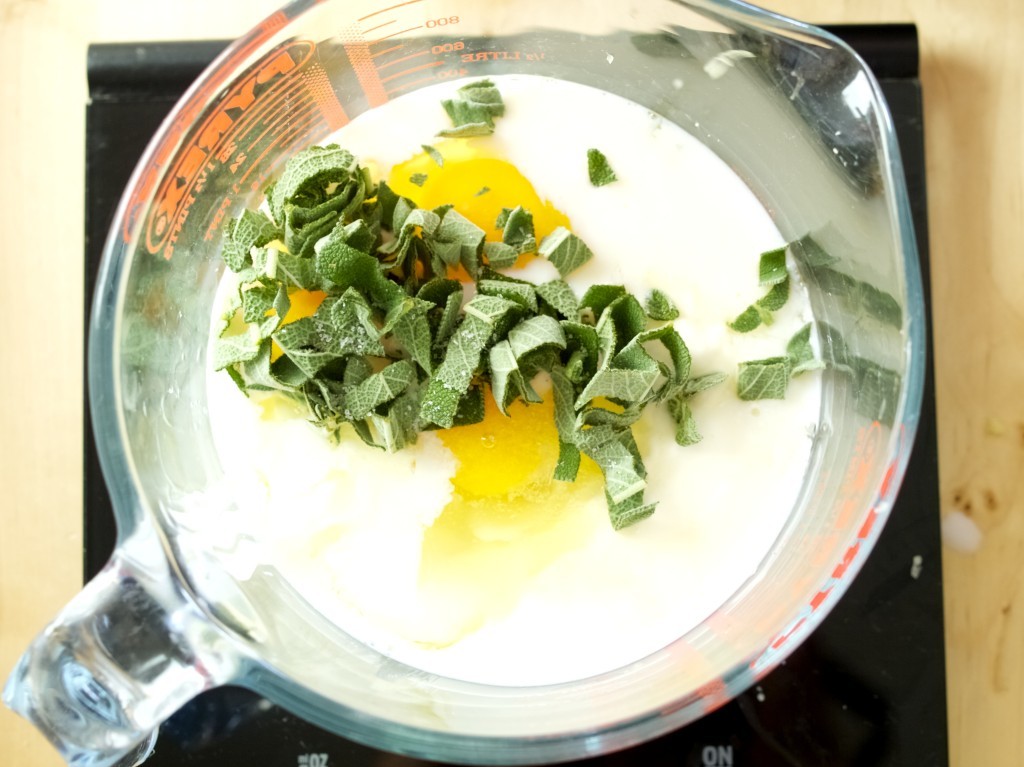 4. Pour the egg mixture over ham, cheese and apples (and all the rest). Bake the quiche in preheated 180C oven for 30-40min. 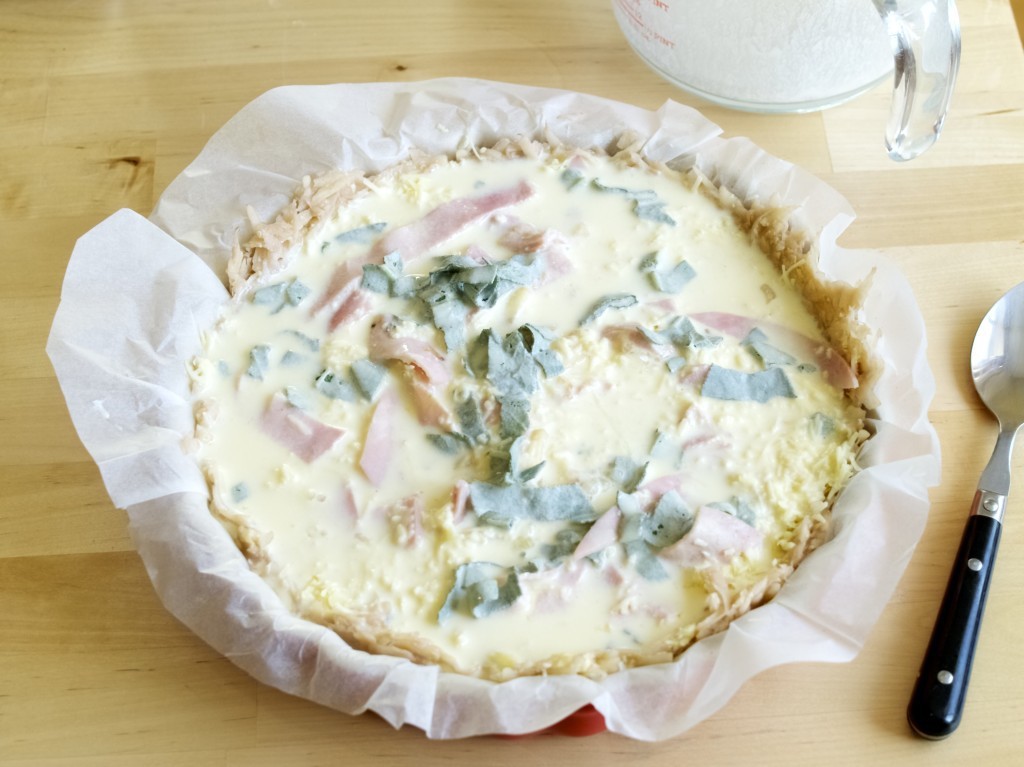 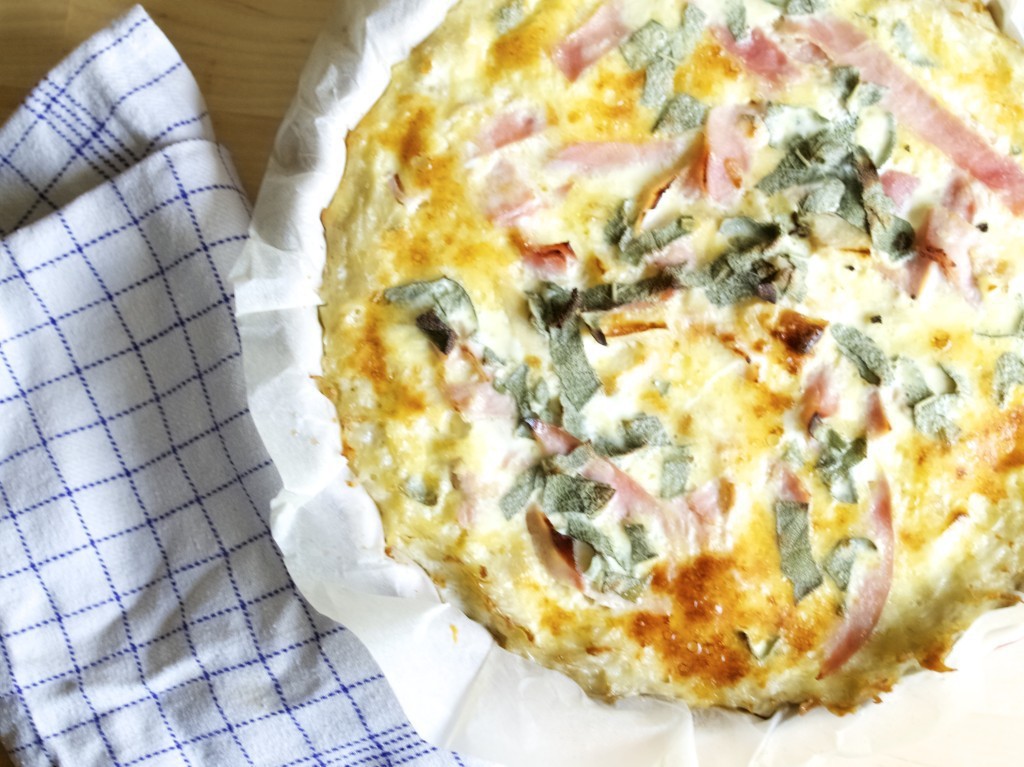 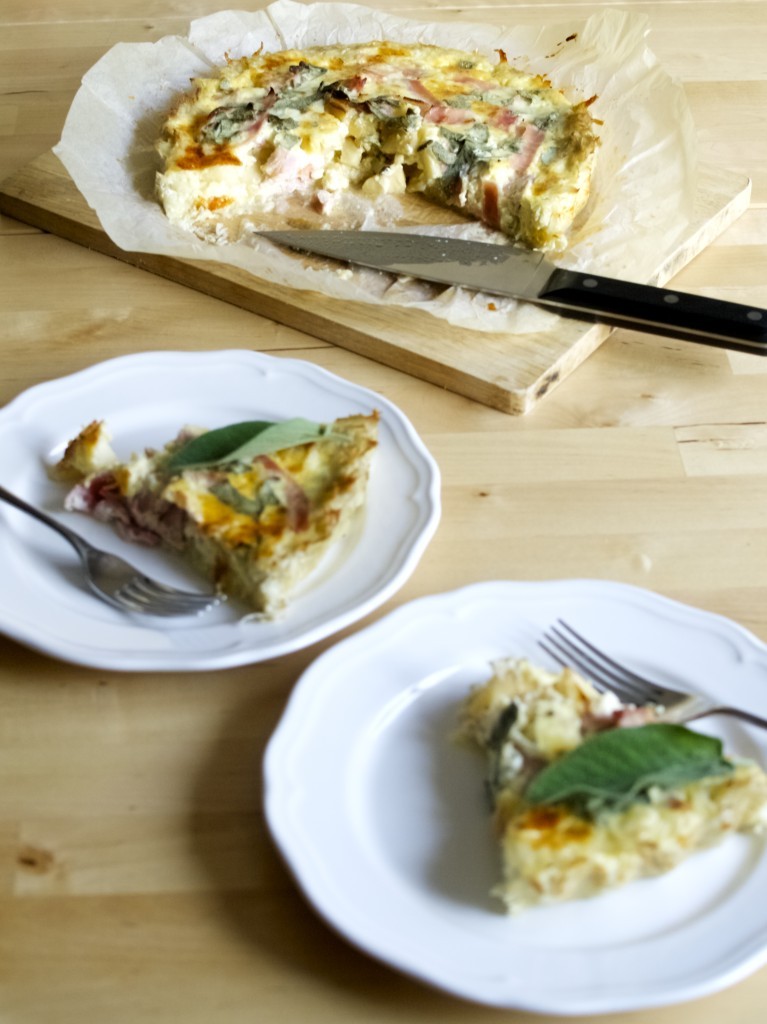 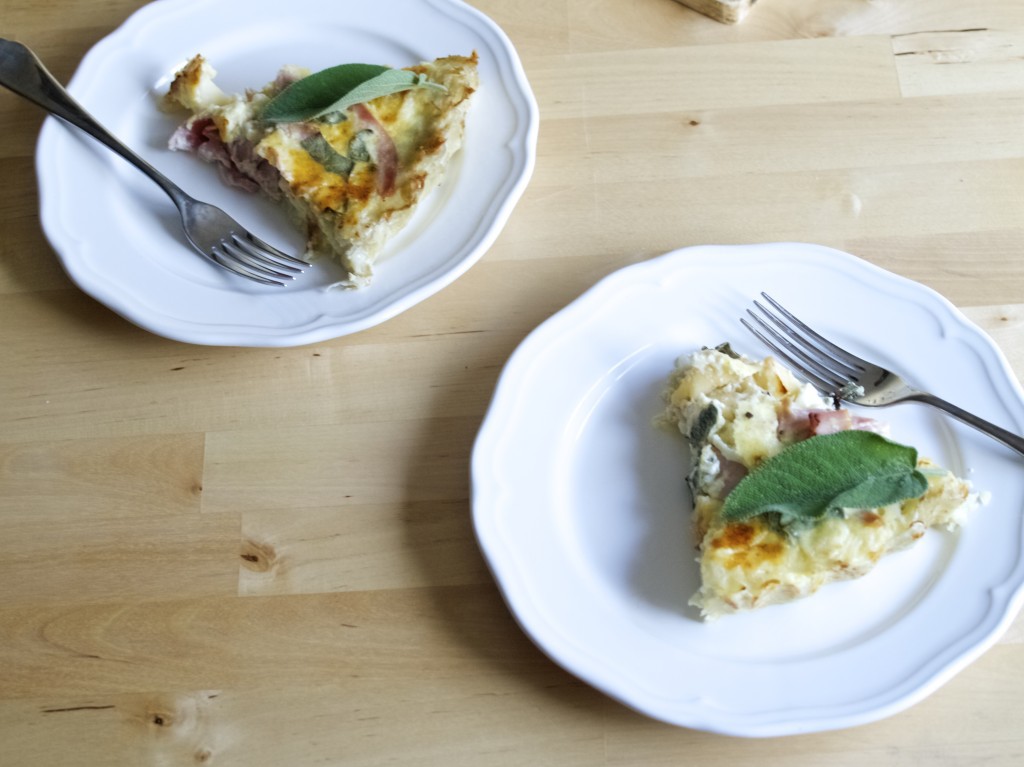 Homemade Christmas: an Art, Craft & Vintage Market
Our weekend at Grannies (in Cley-next-the-Sea)