By Rasa Pelham on October 17, 2018 in Arty Love, Learn something new, Pretty patterns for crafts 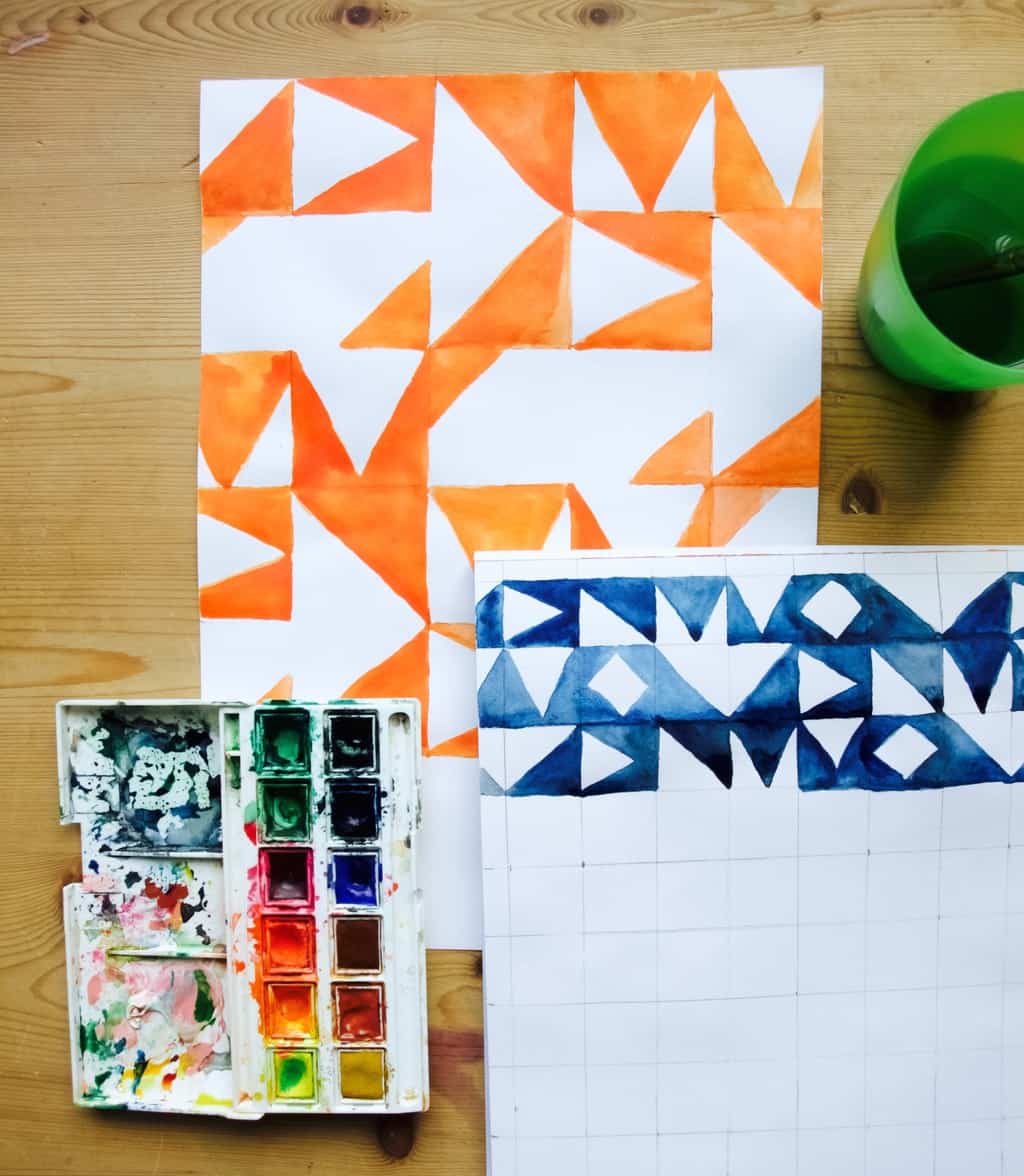 This month I am doing something very exciting for my watercolour challenge. Yes, it’s patterns, my favourite art form! However it would be not very challenging if I did something I am good at already?! This is why I decided to perfect my skill of repeating patterns with some new methods.

Alternatively I used to take a square of the drawing or paining and repeat it on the photoshop (or any other editing software), but this created very boring, common patterns. I always wondered how do you make repeating patterns that are seamless.

I was little inspired by this YouTube and other few videos on how to create drawn repeating patterns. This method is all about cutting a square shaped picture into four blocks and then swapping them around so the edges of the picture end up at the centre so you can draw on the seams to make it look like that those seams were never there (you really need to watch that video to really understand it). However, this method would not work with watercolour. As you can imagine, watercolour would probably leak at the cut edges.

This is when I came up with the idea to create repeating pattern using a grid. Although this is not a perfect way to create a repeating pattern, I realise the grid gives a good guideline. I started this by painting 7 different design blocks that flows into each other(tesselates) and creates a reasonably repeating pattern. 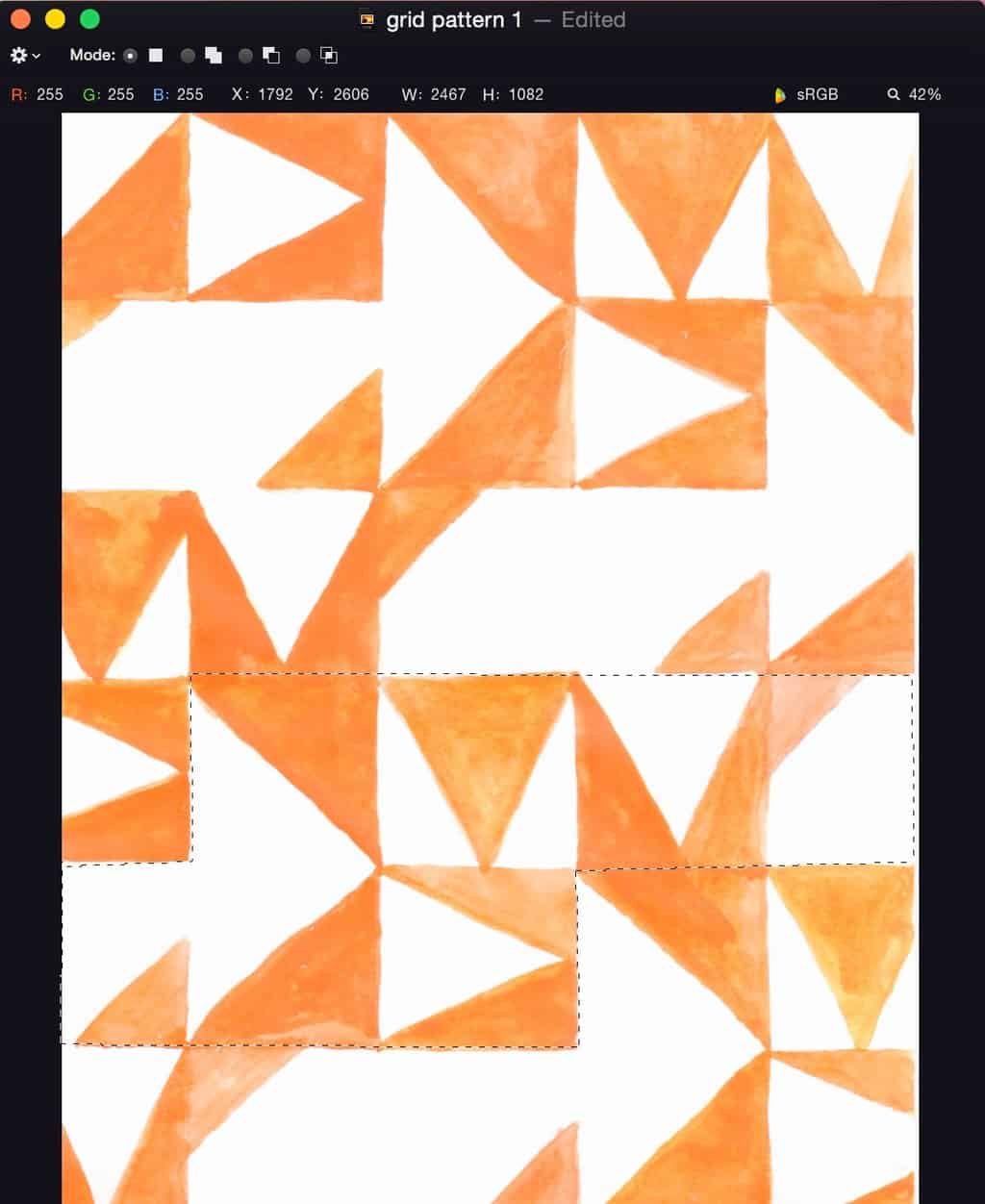 This could then be coped and pasted on any editing software. 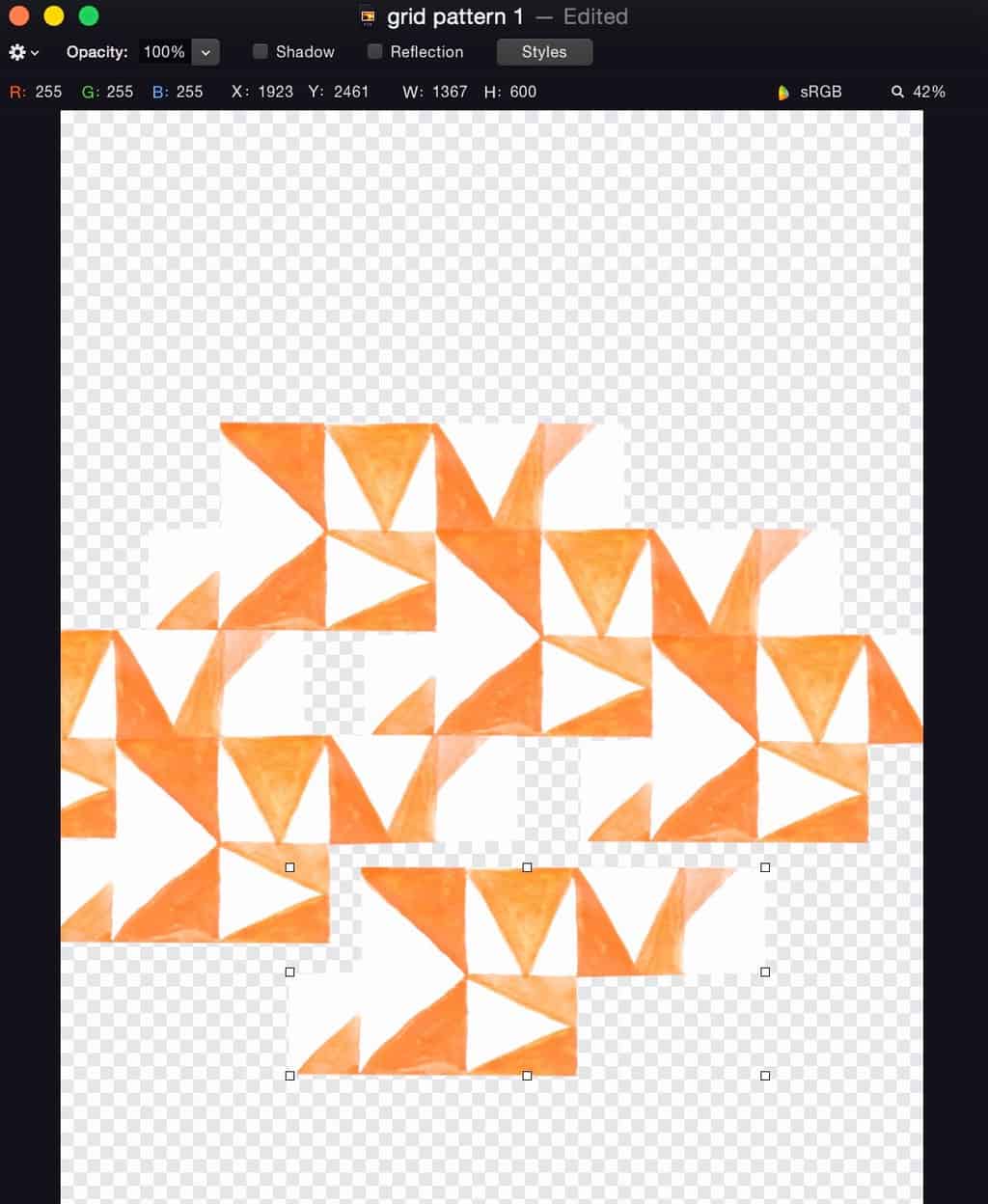 Pattern seem to be more accurate when created on the computer, however it still has that hand painted look because of its origins. 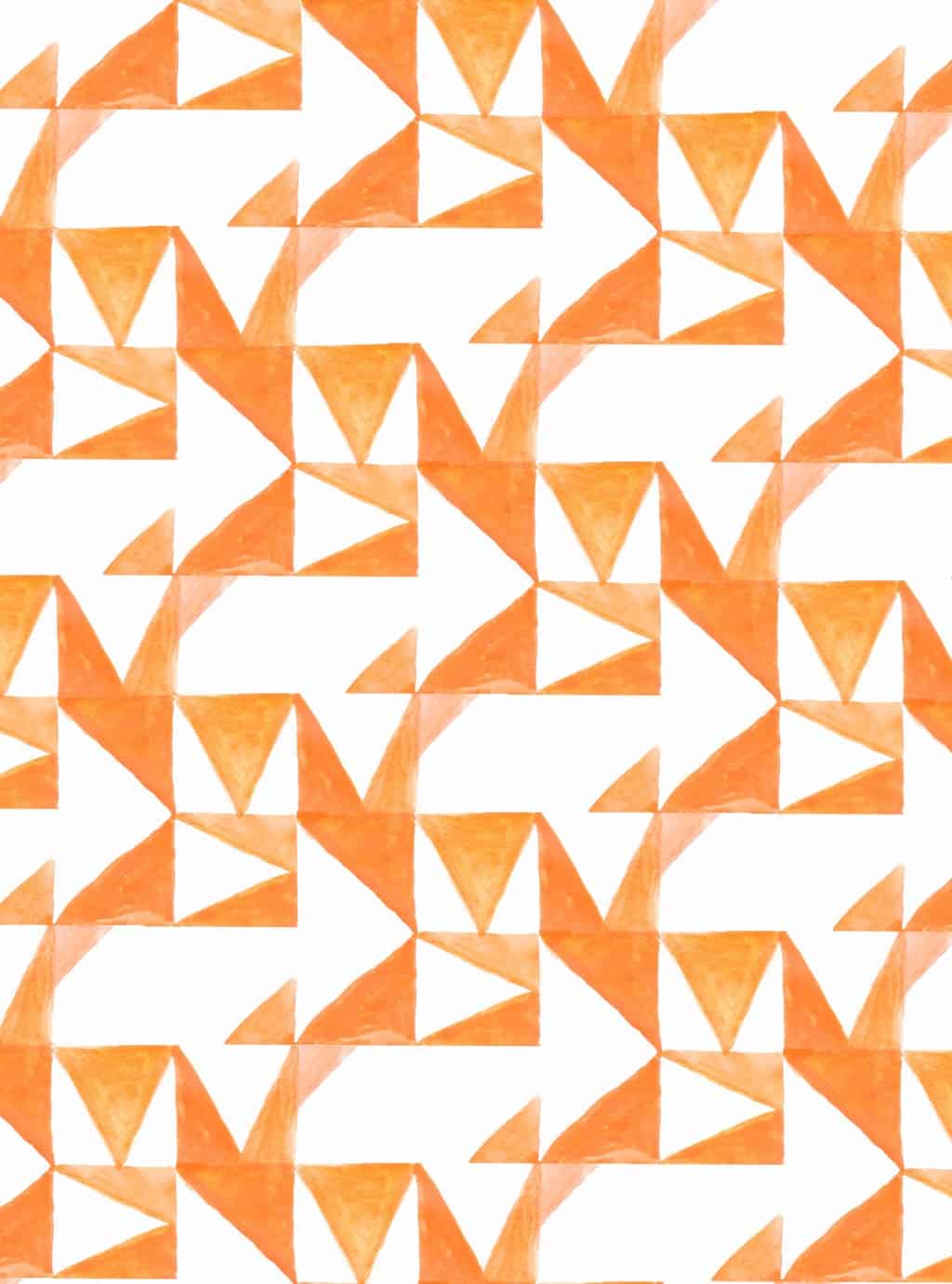 I created another pattern in a similar way, except this time round I painted enough of those 7 blocks in a row that created one huge block which was repeating itself naturally. This way all I needed to do is copy and paste this block few times. 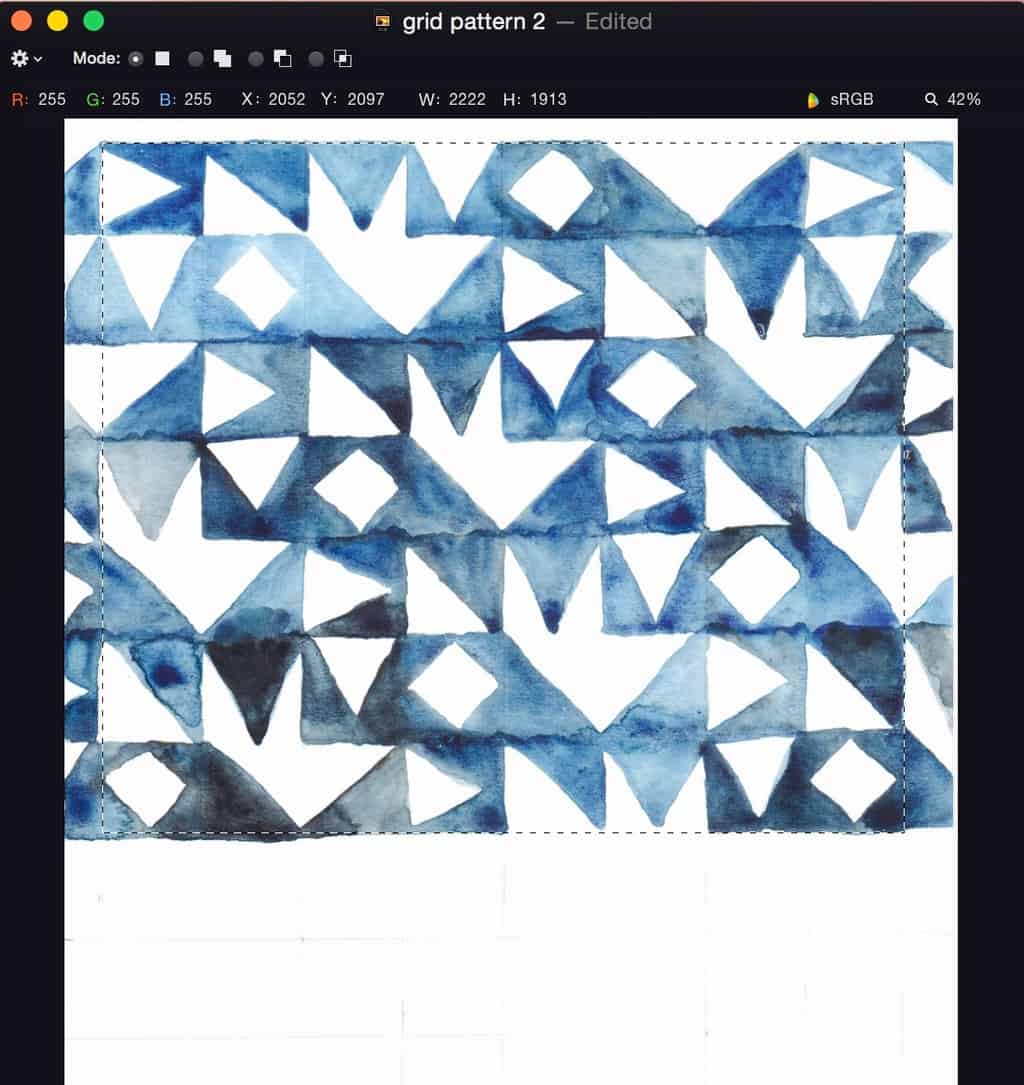 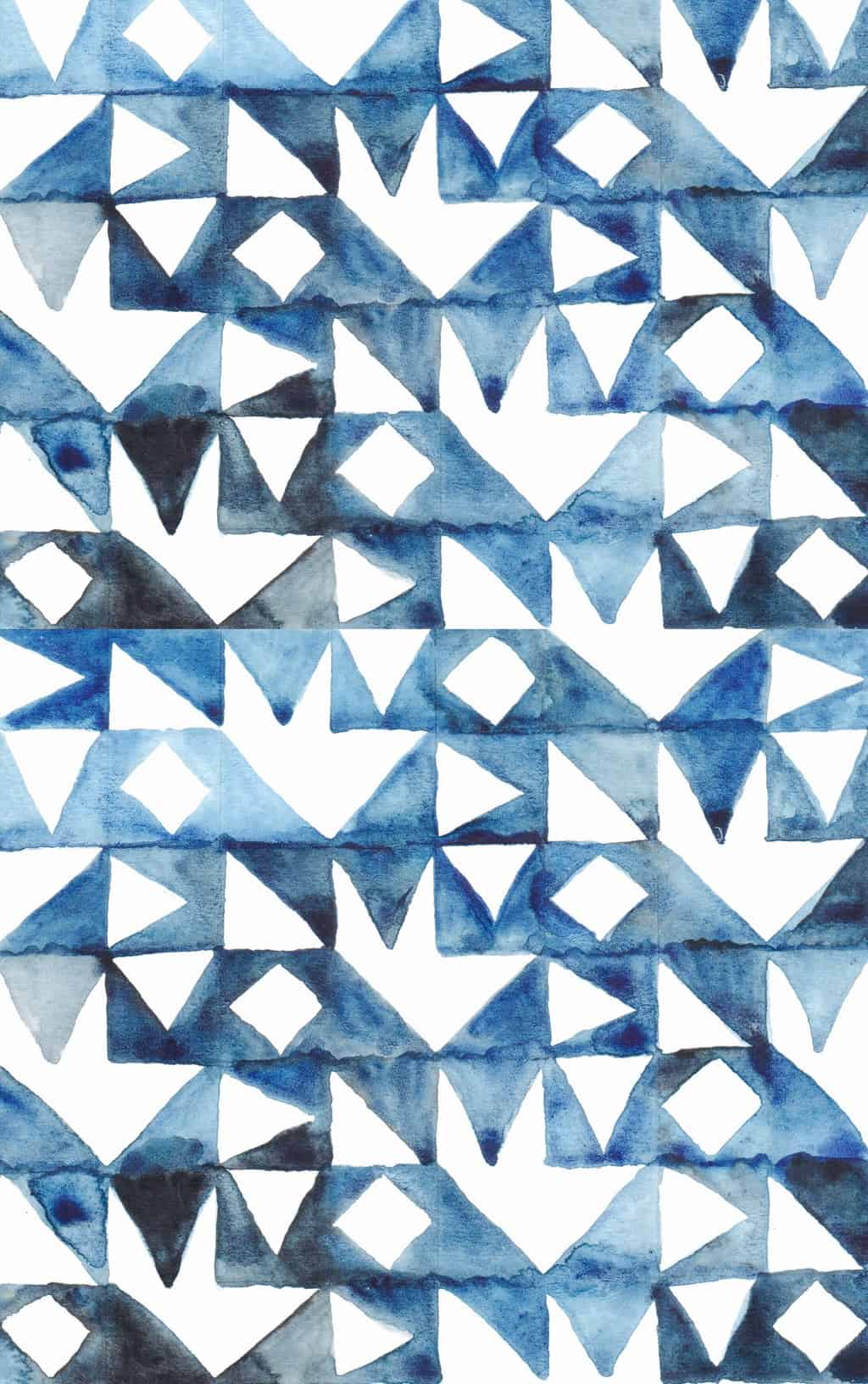 Next I wanted to break away from the grid without actually leaving it. I painted leaves in repeating order. The grid allowed me to keep the leaves in similar shape and line. So when I repeated it on a computer this pattern repeated itself flawlessly. 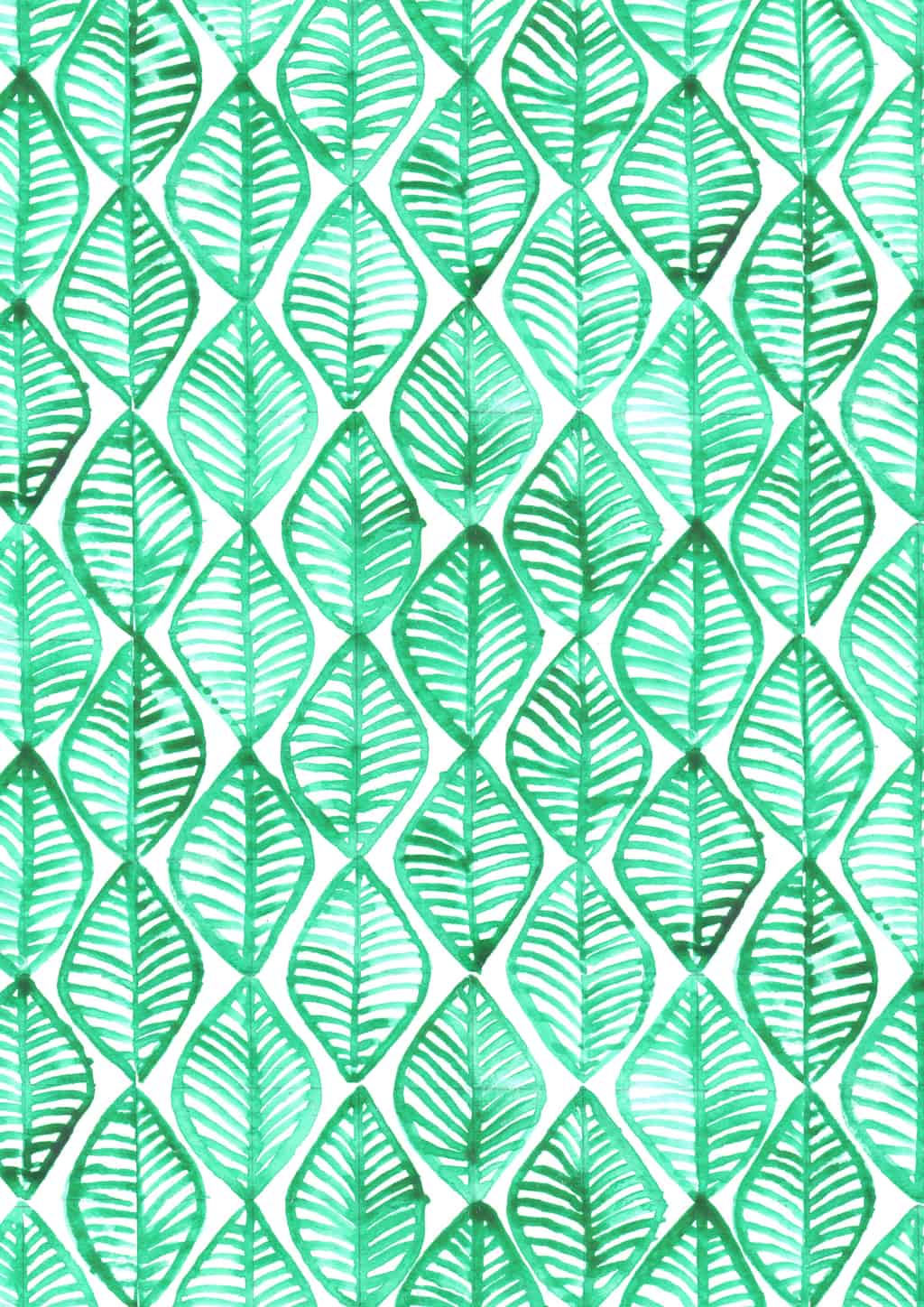 I tried the same technique on another design and this time round I realised the problem of the grid itself. The grid would not erase after it has been painted over. And with the light colour you can see the grid very clearly. I had to use the clone tool to hide those annoying lines that was never meant to be part of the pattern. 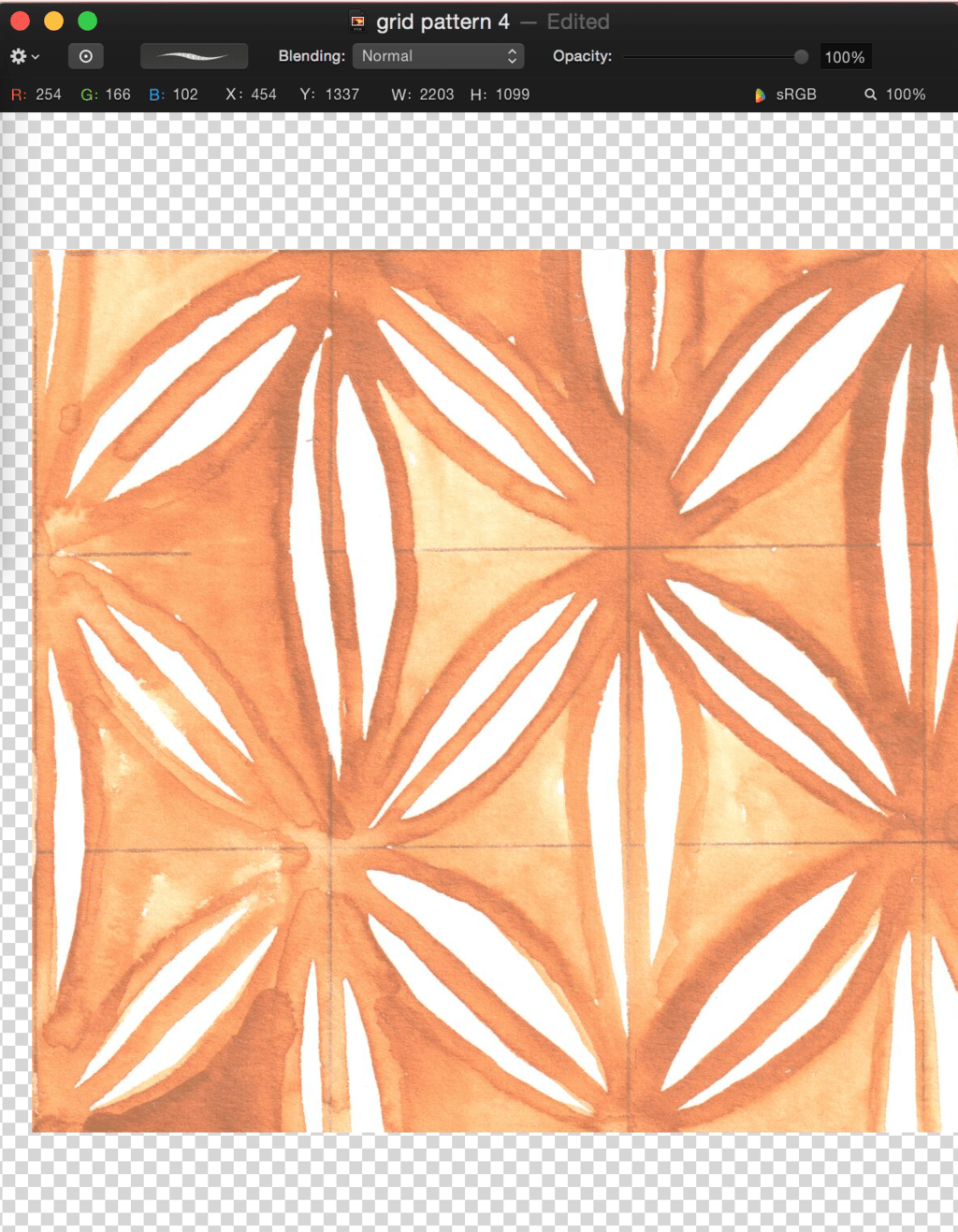 After repeating the pattern the same way as the others I realised it does not match very easily with plain painted areas (it’s very difficult to get the same shade of colour every time). This also had to be corrected with the clone tool. 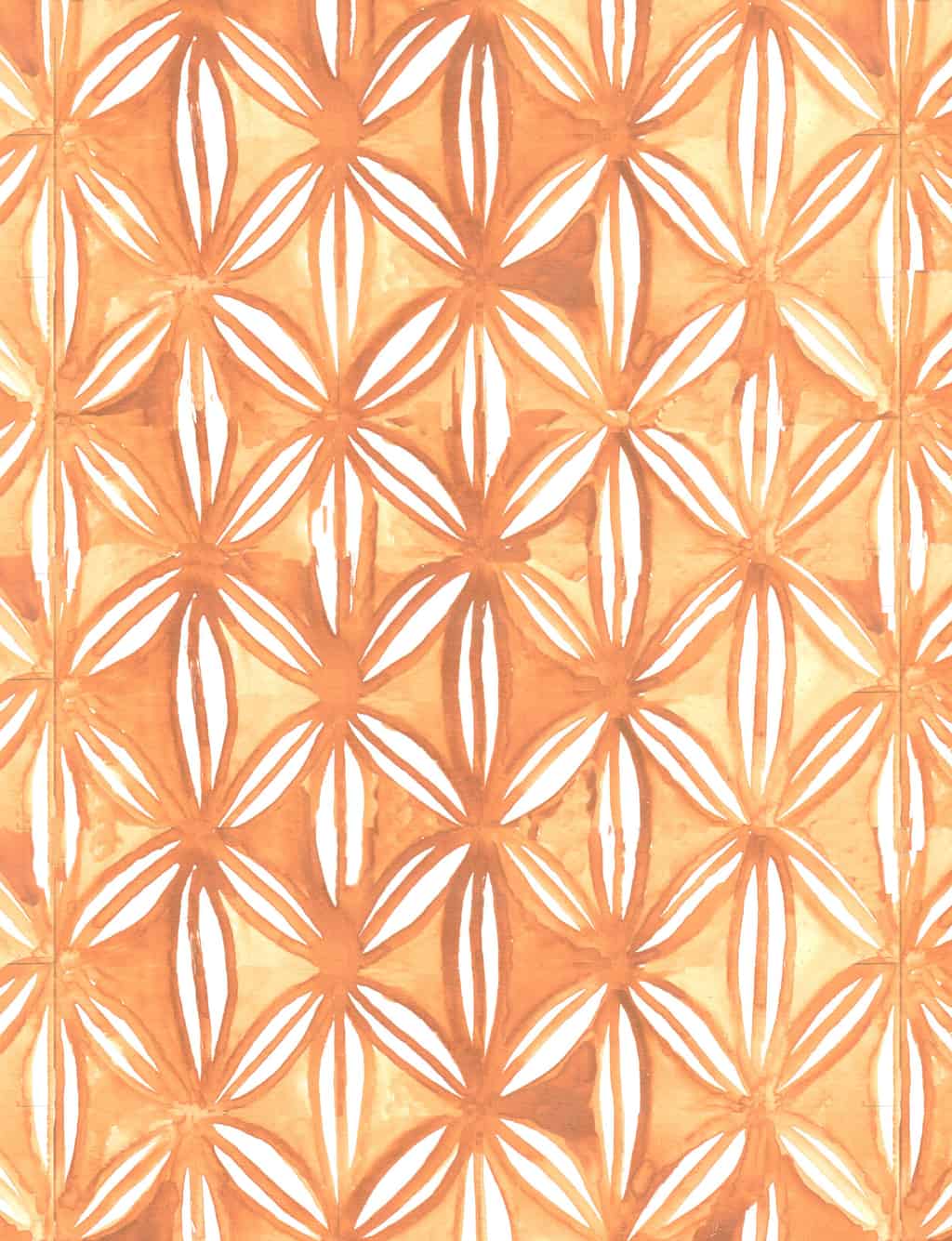 Finally instead of a grid I used a dot system. It guides you like a grid, but its not as visible in case you can’t erase it. 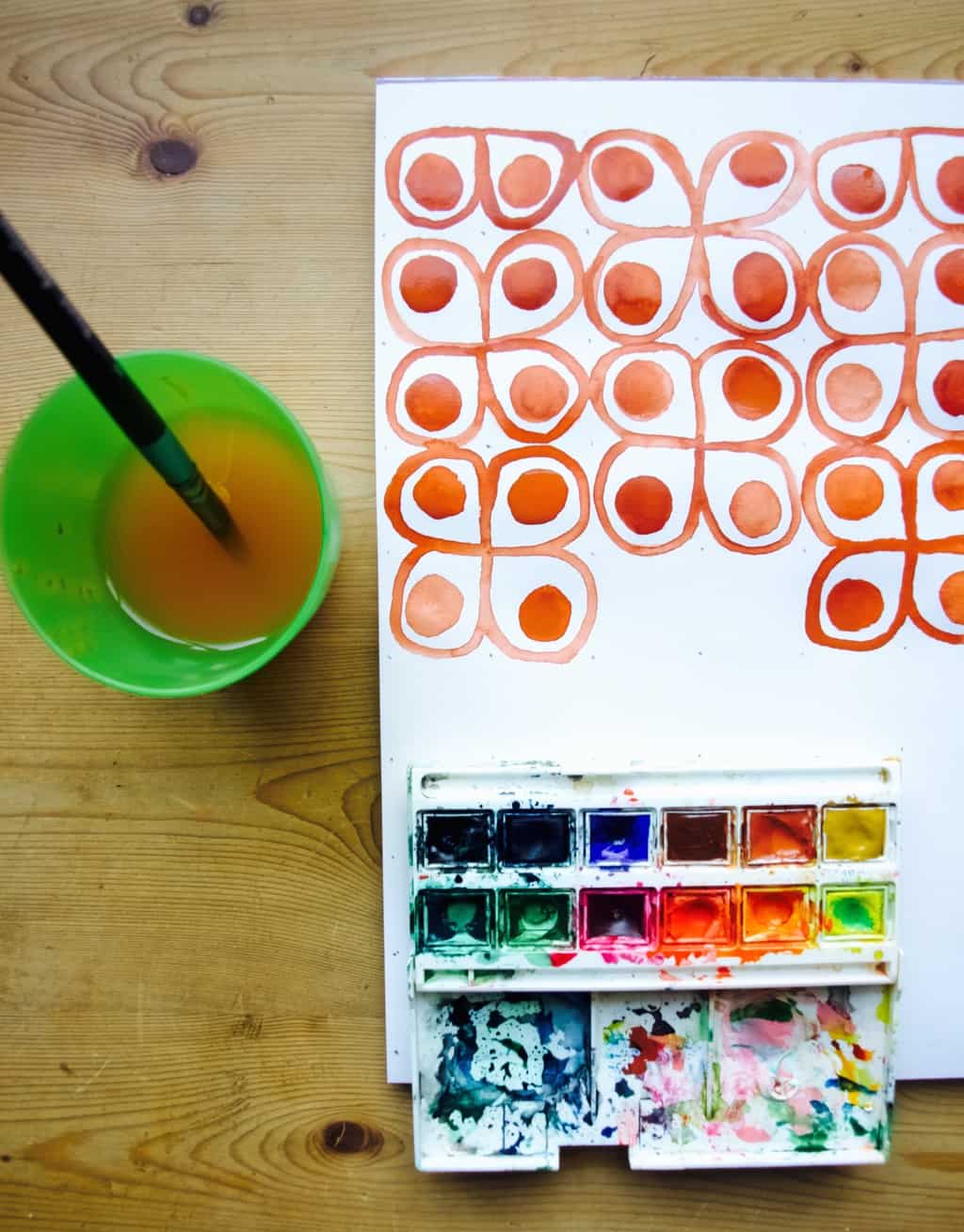 As you can see, this creates almost perfect repeating patterns ;-). 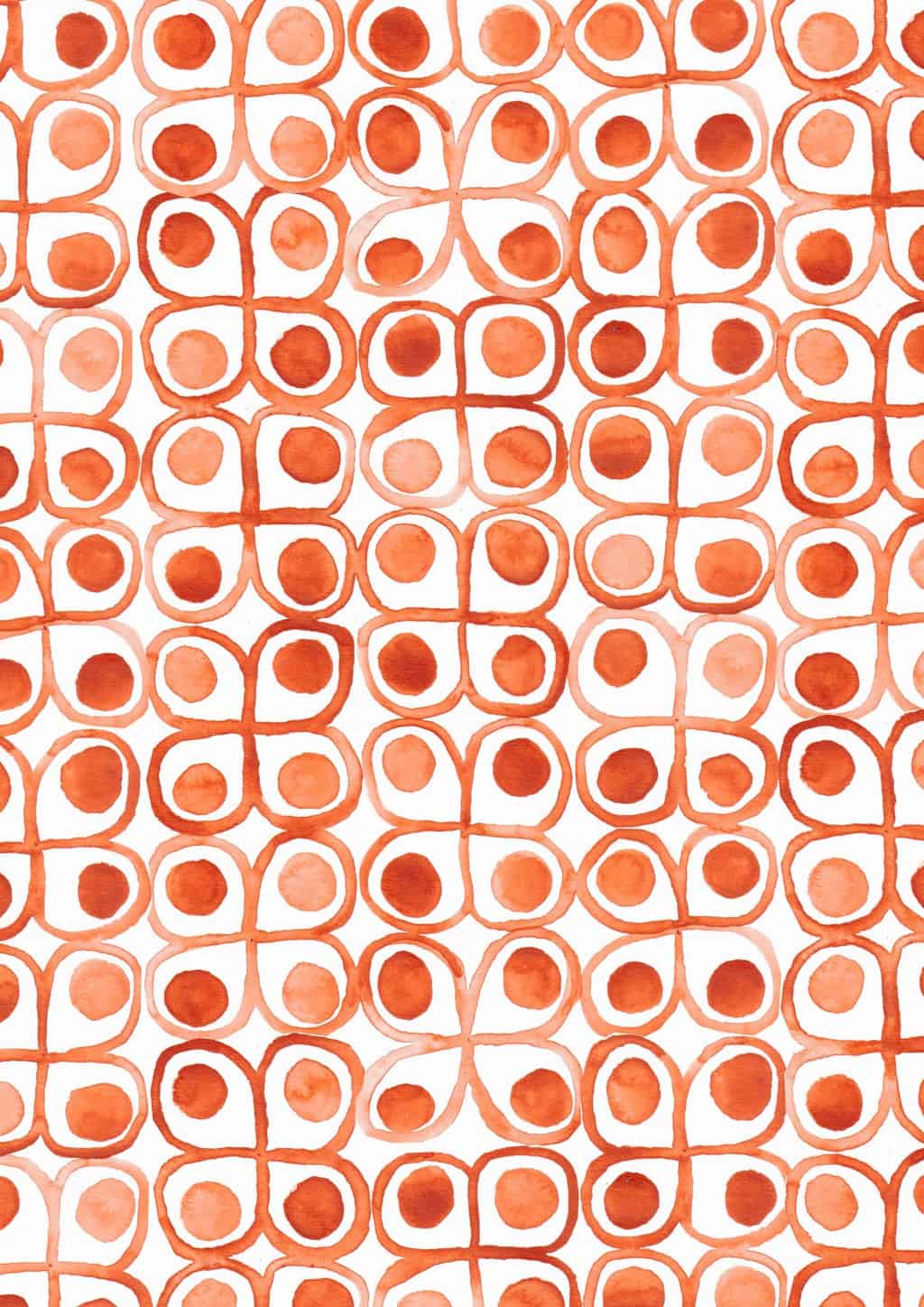 Hope you are inspired